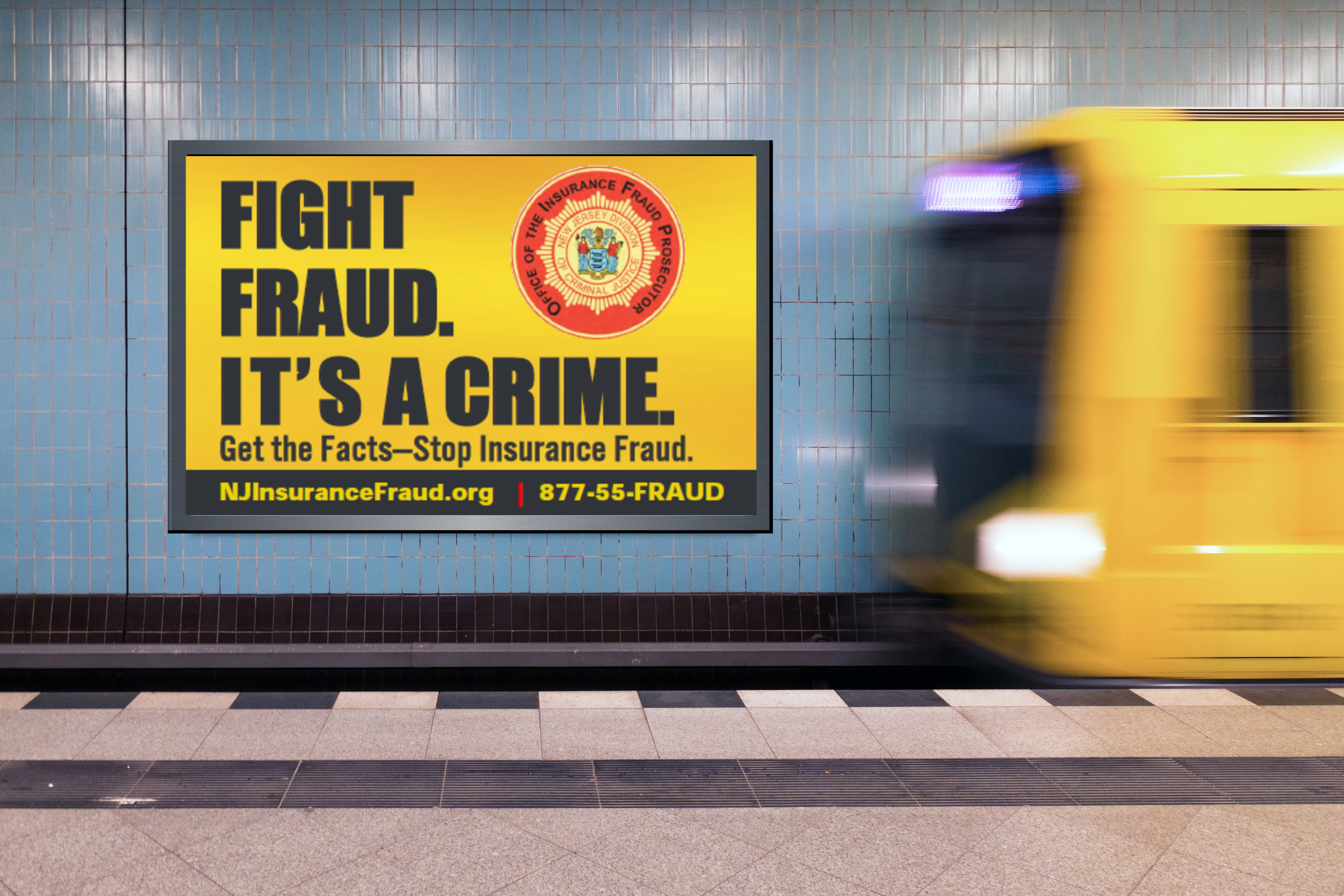 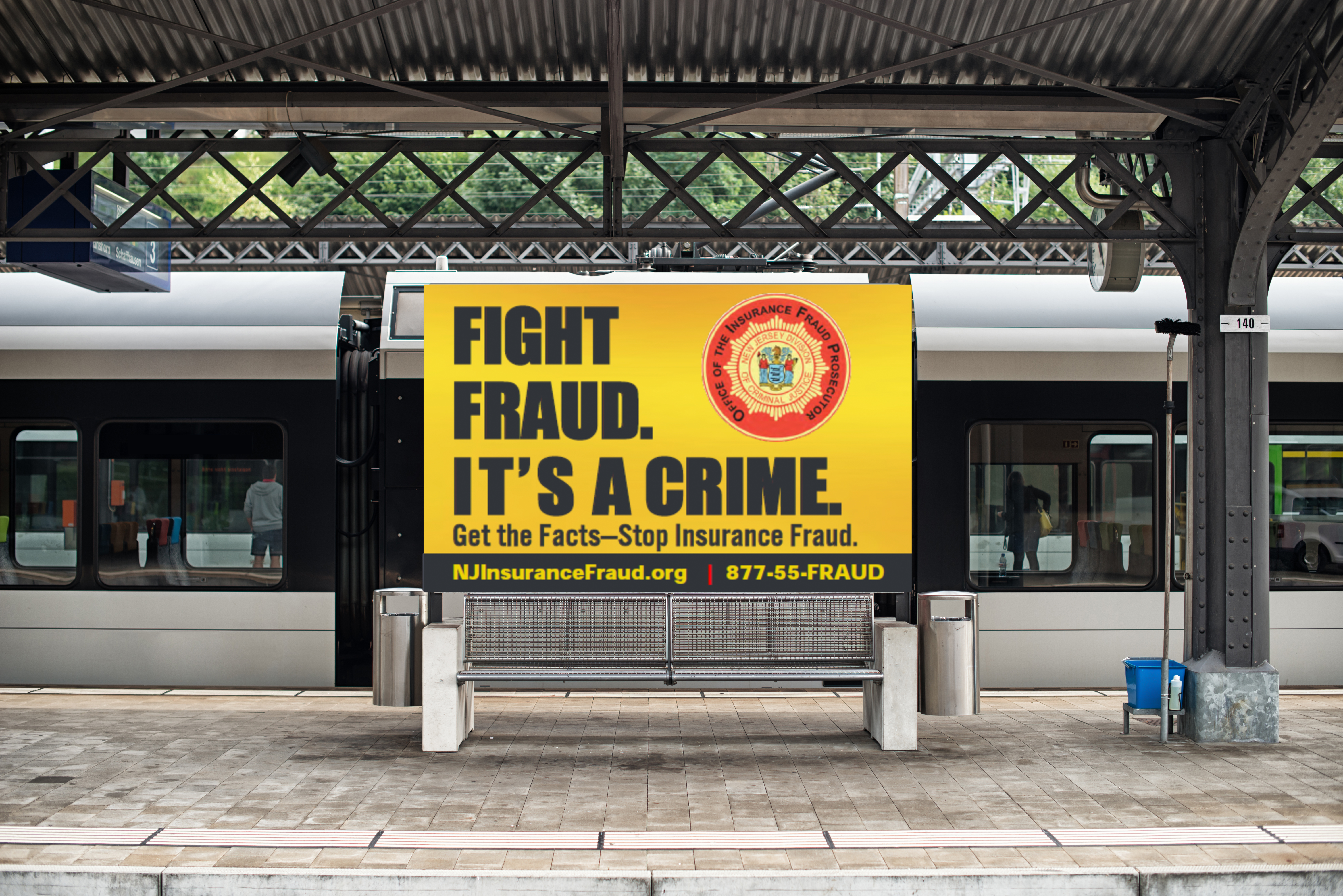 The new campaign’s slogan, “Fight Fraud, It’s a Crime,” is both a warning and a call to action. Residents and visitors throughout all of New Jersey’s twenty-one counties can expect to hear the new campaign slogan on the radio and see it on their social media feeds, on television, and billboards.

“The greatest protection we have against fraud is an educated and alert consumer base,” said Acting Attorney General Bruck. “New Jerseyans must remember to remain vigilant in the fight against insurance fraud and our new campaign couldn’t come at a better time.”

The “Fight Fraud, It’s a Crime” campaign is calling attention to various forms of insurance fraud. From property damage scams to bogus COVID-19 related health claims, criminals are finding new ways to impact residents’ wallets. According to the FBI, non-health insurance fraud is a $40 billion dollar a year criminal enterprise that costs the average U.S. family between $400 and $700 per year in increased insurance premiums. OIFP is responsible for investigating, prosecuting, and deterring insurance fraud while serving as the statewide coordinator for all anti-insurance fraud efforts in New Jersey.

“Insurance fraud is not a victimless crime, it costs all of us in higher insurance premiums and increased costs for goods and services,” said Insurance Fraud Prosecutor Thompson. “With this new campaign, we are encouraging the public to protect themselves, and each other, by reporting fraud. With our website, www.NJInsuranceFraud.org, online reporting is a click away, making it easier than ever to help end insurance fraud.”

Insurance Fraud Prosecutor Thompson noted that some important cases have started with anonymous tips. People who are concerned about insurance cheating and have information about a fraud can report it anonymously by calling the toll-free hotline at 1-877-55-FRAUD, or visiting the website at http://www.NJInsuranceFraud.org. State regulations permit a reward to be paid to an eligible person who provides information that leads to an arrest, prosecution and conviction for insurance fraud.