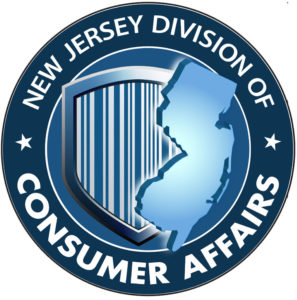 The Division of Consumer Affairs is responsible for licensing and registering a variety of professionals and businesses throughout the state, enforcing laws designed to ensure fairness and integrity in New Jersey’s commercial and investment marketplaces, and assisting consumers with concerns about particular professionals, businesses, or service providers. The Division’s core mission is to protect the public from fraud and misconduct in the sale of goods and services, through education, advocacy, regulation, and enforcement. The Division consists of the Office of Consumer Protection, the Bureau of Securities, the Professional Boards Section, the Office of Weights and Measures, and the Legalized Games of Chance Control Commission.