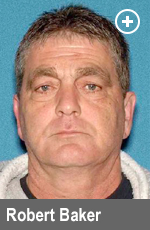 Robert Baker, 57, of Mine Hill, N.J., pleaded guilty today to a violation of the Safe Drinking Water Act, a third-degree crime, before Superior Court Judge Benjamin S. Bucca Jr. in Middlesex County. Under the plea agreement, the state will recommend that Baker be sentenced to 364 days in the county jail and a term of probation. Baker was suspended from his position after he was charged, and he later resigned. He is permanently barred from public employment in New Jersey. Sentencing is scheduled for Feb. 24, but Baker was immediately remanded to custody today to begin serving time in the county jail.

Baker was arrested on June 12, 2019. The joint investigation began in May 2019 after the South River Police Department developed information that Baker was submitting false water samples for testing. In accordance with the South River Water Department’s sampling schedule, Baker, as a licensed operator, was required to collect samples of drinking water from eight locations throughout South River to be tested for coliform bacteria. Samples were taken twice a month, with 15 samples required in total (i.e., seven on one date, and eight on the other). However, Baker, who was the sole employee who collected such samples, only visited certain locations, while submitting false samples for other locations.

The Division of Criminal Justice and South River Police Department conducted surveillance of Baker on two sampling dates. On May 21, 2019, Baker did not go to at least four of the eight designated sample collection sites. Despite not visiting those locations, Baker supplied filled sample vials to a courier for the testing lab with labels indicating they had been collected on that date from seven of the eight locations, including the four locations he failed to visit. The lab tested the samples and reported the results directly to the DEP, as required by state law. Baker also was scheduled to conduct sampling on June 11, 2019, but he failed to go to any of the eight sampling sites. Nonetheless, he supplied the courier for the lab with eight filled vials purportedly collected on that date at all eight sampling sites.

“Through his dishonest conduct, Baker betrayed the residents of South River and failed to ensure the safety of their drinking water,” said Attorney General Grewal. “We are committed to protecting our environment and the health of our residents, whether that means going after big companies who pollute our environment, filing charges against individuals who illegally dump waste and hazardous materials, or, in this case, prosecuting a dishonest operator who failed to properly test drinking water for bacteria.”

“The attorneys and detectives in our Environmental Crimes Unit are trained to investigate and prosecute crimes that threaten our environment and public health,” said Director Veronica Allende of the Division of Criminal Justice. “We will continue to deploy our expertise and resources to protect the residents of New Jersey, in collaboration with the DEP and our law enforcement partners.”

After Baker’s conduct was uncovered, the DEP collected and tested water samples from various public points in the South River drinking water system. The results were negative for coliform bacteria, affirming the safety of the drinking water.

The DEP initiated an independent regulatory action involving the South River Water Department and is continuing to monitor the system. Attorney General Grewal thanked the DEP for its valuable assistance.