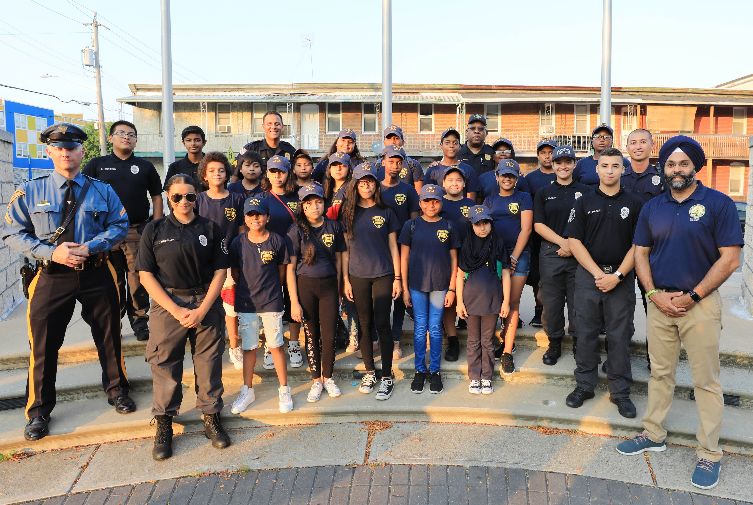 One of New Jersey’s greatest strengths is the diversity of its residents. The Attorney General’s Office has a special responsibility to reflect and promote that diversity, not simply as the employer of a large and talented workforce, but also as a law enforcement agency tasked with guaranteeing equal protection of the law and as a regular purchaser of professional services, including outside legal counsel. Under the direction of Chief Diversity Officer Lora Fong, the Attorney General’s Office has worked to strengthen its commitment to diversity and inclusion by establishing clear goals and benchmarks for progress.

It is crucial that New Jersey’s law enforcement agencies reflect the diversity of the communities they serve. Attorney General Grewal and Superintendent Patrick Callahan have worked together to promote diversity within the officer ranks of the New Jersey State Police. This effort involves a renewed focus on developing a pipeline of highly qualified applicants from all backgrounds, as well as implementing thoughtful, evidence-based policies that encourage retention and promotion of diverse candidates throughout the State Police.

Over the past several decades, social science research has revealed that all people experience some degree of “implicit bias,” the unconscious and often subtle associations that individuals make between groups of people and stereotypes about those groups. But research has also shown that individuals can counter the effects of implicit biases by acknowledging their effects and learning how to recognize when they influence one’s behaviors and actions. In June 2018, Attorney General Grewal directed that all New Jersey State Troopers, as well as all prosecutors and detectives employed by the Division of Criminal Justice and the 21 County Prosecutor’s Offices, receive implicit bias training by the end of 2019.

Developing diversity plans tailored to each division of the AG’s office.

The Attorney General’s Office handles a wide range of matters, from prosecuting crime, to protecting consumers, to regulating a wide variety of industries, including racing, gaming, boxing, and the distribution and sale of alcoholic beverages. The Office’s thirteen divisions vary considerably in size, budget, and scope, and so in June 2018, Attorney General Grewal tasked each division director with drafting a “diversity and inclusion plan” that describes the specific steps the division would take to reaffirm and strengthen its commitment to diversity. These plans include specific goals and objectives and chart a path forward for the coming months and years.

Ensuring outside counsel reflects the state’s commitment to diversity

Every year, the Attorney General’s Office retains dozens of law firms to perform specialized legal work when the Office lacks the expertise to undertake such work. Except in rare cases, the Office hires outside counsel by selecting from pre-qualified firms includes on the “Approved Special Counsel Lists” maintained by the Division of Law. To ensure that outside counsel reflects the diversity of the state’s legal profession, Attorney General Grewal tasked Chief Diversity Officer Lora Fong with developing training material to educate private lawyers – especially those at women- and minority-owned firms – about what they must do to qualify for these lists. In addition, in summer 2018, the Division of Law began requiring that outside counsel complete a diversity questionnaire when seeking legal work with the state.

It is important that the public have access to information about the efforts of the Attorney General’s Office to promote and expand diversity. In July 2018, the Office published its first annual “Diversity and Inclusion Report,” which summarized recent initiatives and provided detailed demographic data about the Office’s workforce.