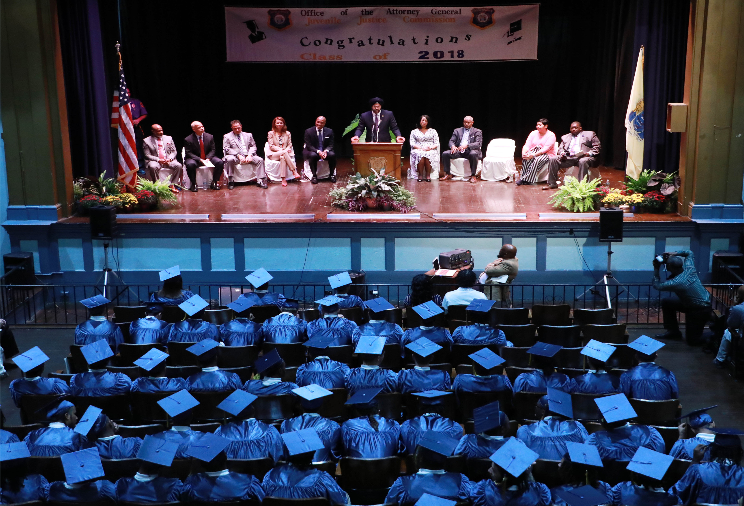 In 2018, Attorney General Grewal doubled down on the decade-long effort to reduce the numbers of New Jersey youths incarcerated in the juvenile justice system. Under the leadership of Executive Director Kevin M. Brown, the Juvenile Justice Commission continues to identify alternatives to incarceration and detention, both at the county and state level, in an effort to rehabilitate juveniles who come into contact with the criminal justice system. These efforts allow New Jersey to remain on track in its goal of closing the New Jersey Training School, known as “Jamesburg,” as replacing it with smaller, regional facilities, in the next few years.

Serving as a national model for juvenile justice reform

In 2004, the Annie E. Casey Foundation selected New Jersey to be among the first states to adopt an innovative program known as the “Juvenile Detention Alternatives Initiative” (JDAI). Since then, New Jersey has gradually expanded JDAI from an initial pilot program in 5 counties – and in 2018, reached its goal of establishing the initiative in all 21 counties across the state. As a result of New Jersey’s efforts, the Casey Foundation named New Jersey a “State Model Site” and representatives from 17 states have traveled to New Jersey since 2008 to learn about the effort.

Reducing the number of youth in the juvenile system

In October 2018, the U.S. Department of Justice awarded the Division of Criminal Justice a $226,000 grant to expand training for prosecutors and detectives who handle juvenile cases across New Jersey. The training will help educate law enforcement officers on the unique challenges associated with juvenile cases and will emphasize the opportunities available to divert youths into rehabilitation and treatment programs.