On January 16, 2018, Gurbir S. Grewal was sworn in as New Jersey’s 61st Attorney General. In that role, Attorney General Grewal serves as the state’s chief law enforcement officer and the head of the Department of Law & Public Safety, which employs more than 3,700 uniformed officers, 750 lawyers, and thousands of additional public servants, including investigators, regulators, and administrative staff. 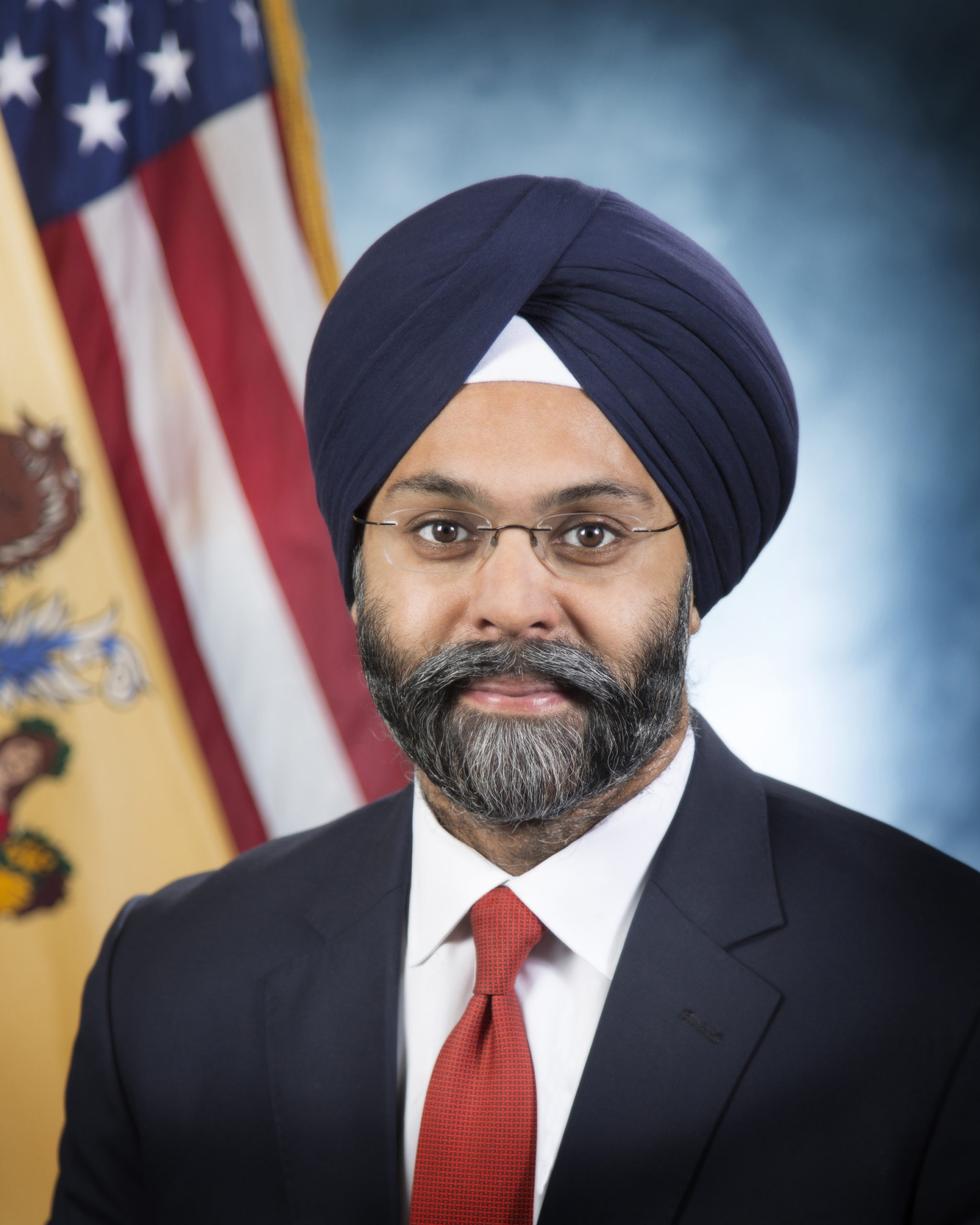 Before becoming Attorney General, Grewal served as Bergen County Prosecutor, the chief law enforcement officer of New Jersey’s most populous county. As Bergen County Prosecutor, Grewal supervised a staff of 265 personnel and had supervisory authority over approximately 2,700 sworn law enforcement officers across 74 law enforcement agencies. Among other accomplishments during his tenure, he developed and implemented several creative approaches designed to tackle the heroin and opioid crisis, including “Operation Helping Hand,” a program that offers low-level drug offenders treatment options upon arrest. He also established a Community Affairs Unit, which is dedicated to assisting local departments improve police/community relations.

From 2010 to 2016, Grewal worked as an Assistant United States Attorney (“AUSA”) in the Criminal Division of the United States Attorney’s Office for the District of New Jersey, where he served as Chief of the Economic Crimes Unit from 2014 to 2016 and oversaw the investigation and prosecution of all major white collar and cybercrimes in the District of New Jersey. He was the lead prosecutor in United States v. Drinkman, et al., the largest known data breach prosecution in which the conspirators participated in a worldwide scheme that targeted major corporate networks and stole more than 160 million credit card numbers, causing hundreds of millions of dollars in losses. He was also the lead prosecutor in United States v. Weinstein, et al., a $200 million Ponzi scheme in which the lead defendant was sentenced to 24 years’ imprisonment.

Before becoming a federal prosecutor in New Jersey, Grewal also served as an AUSA in the Criminal Division of the United States Attorney’s Office for the Eastern District of New York from 2004 to 2007, where he was ultimately assigned to the Business and Securities Fraud Unit. As an AUSA in the Eastern District of New York, he investigated and prosecuted a wide range of narcotics offenses, white collar crimes, and terrorism cases. His significant matters included the successful prosecution of 12 men charged with providing material support to the Tamil Tigers terrorist organization.

In addition to his work as a federal prosecutor, Grewal has also worked in private practice, including at Howrey LLP (from 1999 to 2004 in Washington, D.C., and from 2008 to 2010 in New York, NY). While at Howrey LLP, he counseled clients on a range of matters including securities, trademark, antitrust and Foreign Corrupt Practices Act issues; represented individuals and companies in government investigations and criminal proceedings; conducted internal investigations for public corporations; and conducted civil trials.

Grewal was born and raised in New Jersey. He now lives in Glen Rock, New Jersey, with his wife and three daughters.