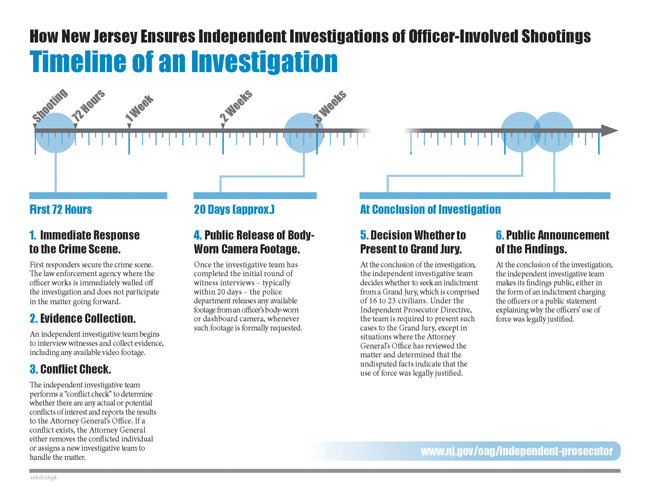 New Jersey has one of the country’s farthest-reaching policies for responding to and investigating officer-involved shootings. In 2015, the New Jersey Attorney General issued the “Independent Prosecutor Directive,” establishing a process to ensure that officer-involved shootings be investigated fully, fairly, and independently of any potential bias. The Directive applies to any discharge of a firearm by a law enforcement officer in the course of his or her duties, regardless of whether the shooting resulted in death.

The Directive was drafted in close consultation with both law enforcement organizations and civil rights groups, including the NAACP, the Latino Leadership Alliance, and the New Jersey Institute for Social Justice, and is rooted in three principles: independence, transparency, and accountability.