NJ Racing Commission About the Director

NJ Racing Commission About the Director 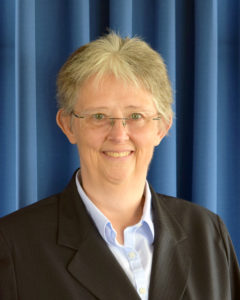 On May 15, 2019, the New Jersey Racing Commission appointed Judith A. Nason to serve as Executive Director. Ms. Nason had served as Acting Director of the Commission since July 18, 2018, and previously had served as Deputy Director of the Commission starting in November 2014. Prior to joining the Commission, Ms. Nason  served as a Deputy Attorney General in the Division of Law beginning in January 1993. As a Deputy Attorney General, Ms. Nason represented and provided legal advice to the Commission for 13 years.Ms. Nason received a J.D. with Honors from Rutgers Law School-Newark in 1988. Thereafter, she clerked for Chief Justice Robert N. Wilentz of the New Jersey Supreme Court. Ms. Nason was then employed as an associate attorney in New York City with Kaye, Scholer, Fierman, Hays and Handler, specializing in corporate finance, and as a litigation associate in Newark, New Jersey with LeBoeuf, Lamb, Leiby and MacRae where she worked with the Honorable Frederick B. Lacey. Ms. Nason left private practice for a career in public service.