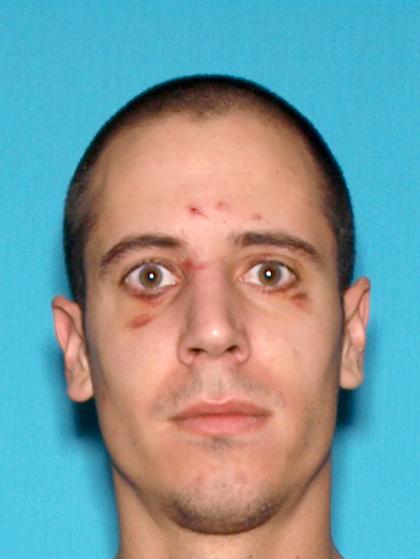 Sgt. Matthew D. Faschan, 33, of Hackettstown, N.J., a suspended correctional police officer, was charged today by complaint-summons with two counts of second-degree official misconduct and one count of third-degree tampering with public records or information.

The charges were filed in an ongoing joint investigation by the Attorney General’s Office of Public Integrity and Accountability (OPIA) and the Hunterdon County Prosecutor’s Office, conducted with the assistance of the New Jersey Department of Corrections (DOC) Special Investigations Division.

“As I stated earlier this month, we will follow the evidence in this case wherever it leads and we will not rest until all of those responsible for these brutal attacks— at any level of the prison’s hierarchy— are held accountable,” said Attorney General Grewal. “That includes all those involved in planning and covering up these horrific acts.”

“Despite officers filing false reports and failing to properly videotape all of the cell extractions that took place, as required by Department of Corrections policies, we will not be deterred from identifying all of those responsible for these assaults,” said OPIA Director Thomas Eicher. “We urge anyone with information to call us at 1-844-OPIA-TIPS.”

The complaint against Faschan alleges the following conduct:

Shortly after 1 a.m., video shows Victim 1 in her cell in the RHU complex. While in her cell, Victim 1 appears to throw an unknown white liquid substance out of her cell into the hallway of the RHU complex. A short time later, video surveillance shows that a team of DOC officers, including Sgt. Faschan, arrived outside Victim 1’s cell. Sgt. Faschan was assigned to record Victim 1’s extraction and can be seen holding a video camera.

Despite being responsible for recording the extraction and possessing a video camera, it is alleged that Sgt. Faschan purposely did not record the extraction, in violation of clearly established  DOC policies.

Sgt. Faschan subsequently submitted an official report in which he allegedly falsely claimed that he filmed Victim 1 inflicting injuries upon herself. No such video exists. By filing a false report, it is alleged that Sgt. Faschan intended to deceive others within the DOC to justify the otherwise impermissible forced cell extraction of Victim 1 and to cover up Victim 1’s injuries by falsely claiming that they were self-inflicted.

Sgt. Faschan was also assigned to film the extraction of Victim 2. Pepper spray was deployed into Victim 2’s cell. While Victim 2 was not handcuffed at the time, the correctional police officers conducting the extraction did not give Victim 2 time to comply following their deployment of pepper spray, as required by clearly established DOC policies. Rather, the officers immediately entered Victim 2’s cell to forcibly remove her. During the extraction, Officer Luis Garcia (previously charged on Feb. 4) struck Victim 2 in the face with a closed fist approximately 28 times, even though Victim 2 was not resisting. Victim 2 sustained injuries during the cell extraction, including a concussion.

It is alleged that Sgt. Faschan did not intervene to stop his fellow officers’ improper use of force, all in violation of clearly established DOC polices that only allow for the objectively reasonable and necessary use of force. Despite his role as a recording sergeant of the extraction team, his presence in Victim 2’s cell, and his observation of the extraction, it is also alleged that Sgt. Faschan failed to report the unauthorized use of force against an inmate, who was not resisting, also in violation of clearly established DOC polices.

Additional details regarding the alleged conduct of those three defendants, as set forth in the criminal complaints filed against them, are contained in the press release posted at this link:
https://www.njoag.gov/ag-grewal-announces-charges-against-three-correctional-police-officers-in-ongoing-investigation-of-inmate-assaults-at-edna-mahan-correctional-facility/

Following the incident, the Attorney General’s Office deployed victim-witness advocates to speak with the inmates who were targeted on January 11 and to help them obtain the medical and psychological services they need. Attorney General Grewal also thanked those advocates.