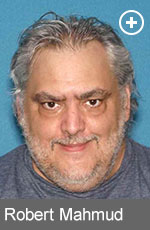 Robert N. Mahmud, 51, of Carneys Point, N.J., pleaded guilty today to second-degree distribution of child sexual abuse materials (storing or maintaining child sexual abuse materials using a file-sharing program) before Superior Court Judge Linda Lawhun in Salem County.Under the plea agreement, the state will recommend that Mahmud be sentenced to five years in state prison, including 2 ½ years of parole ineligibility.He will be required to register as a sex offender under Megan’s Law and will be subject to parole supervision for life.Sentencing for Mahmud is scheduled for January 8, 2021.

“We will never cease in our collaborative efforts to arrest the offenders who promote the cruel sexual abuse of children by viewing and sharing these materials online,” said Attorney General Grewal.“These crimes inflict terrible harm on the most vulnerable members of our society.”

“By seeking substantial prison sentences – including mandatory minimum terms without parole – we send a message that we will prosecute these offenders aggressively using New Jersey’s tough child endangerment laws,” said Director Veronica Allende of the Division of Criminal Justice.“Protecting innocent children from sexual exploitation is a critical mission of our Division and its partners.”

While monitoring a peer-to-peer file-sharing network popular with sex offenders, a detective of the Division of Criminal Justice Financial & Cyber Crimes Bureau downloaded multiple items of child sexual abuse material from a shared folder at a computer IP address that was subsequently traced to Mahmud.Mahmud was arrested on June 12, 2018, when detectives of the Division of Criminal Justice, assisted by members of the Salem County Prosecutor’s Office and officers of the Carneys Point Police Department, executed a search warrant at his home.Investigators seized a thumb drive and external hard drives that contained approximately 250 items of child sexual abuse material.

Attorney General Grewal and Director Allende urged anyone who has information about the distribution of child sexual abuse materials on the internet – or who suspects improper contact by persons communicating with children via the internet or possible exploitation or sexual abuse of children – to contact the New Jersey Internet Crimes Against Children Task Force Tipline at 888-648-6007.